Best ever prime minister of Australia

By Bruce Tuncks,
April 5 in Politics 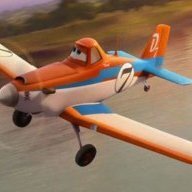 WHO would honestly believe that Dutton could be PM of Australia and not be a complete disaster.? Nev

Back to little Johnny...  He sold Australia's natural gas to the Chinese for 5 cents a liter. I was one of the few who translated "petajoules" this way. To this day, gas is cheaper in Asia than i