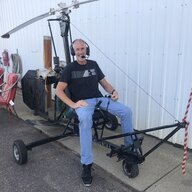 That post above is how it goes. We do seem to have difficulty evolving. Who’d have thought we could return to a 1930’s world where right wing dictators or would be dictators are elected. Trump, Bolson

If you needed more proof that money influences the law in Australia, I dunno where you could look. Ordinary people only can afford one bite at the legal system, Pell got off on the third. Personally

I am amongst the first to declaim its an unjust world but in truth it always has been. No matter the system, it comes down to who you know and what influence you can bring ($$$) to your cause. U