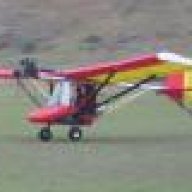 I was going to start a new thread on examples where we were  undemocratic, but the topic fits ok here... here's my list: 1. The lack of deposit legislation... Most people don't want to live

Searching through the old memory bank, I reckon that bit about educated Chinese doubting that we were democratic came from a video about how the system worked in China. Sure, there is only the one par

Bruce, I like your list. It would be a great starting point for any political party to make a six point policy platform like that.   The old adage 'make your goals simple but achievable' wou