Off to war again, all the way with Donald and Boris 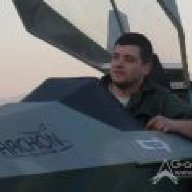