By old man emu,
April 21 in Science and Technology

We've got a replica Paddle Steamer here in Perth - the Decoy - it's a replica of an 1878 Scottish-built (B Henderson & Co in Renfrew) paddle steamer that initially plied the Murray, but which then

You might think that Global Warming is going to destroy our civilization within the next 50 years, but there is a much greater, uncontrollable risk that could throw us back from a 21st Century techno- 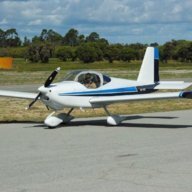 Speaking of tools and craftsmanship, this guy and a few of his mates are re-building/building a 1910 fishing schooner called `Tally-Ho'. He puts out regular videos showing their progress. They've been